New Weblate version 3.10.1 is out, with migration bugfixes, extended API, Django 3.0 compatibility, and other pleasant improvements! 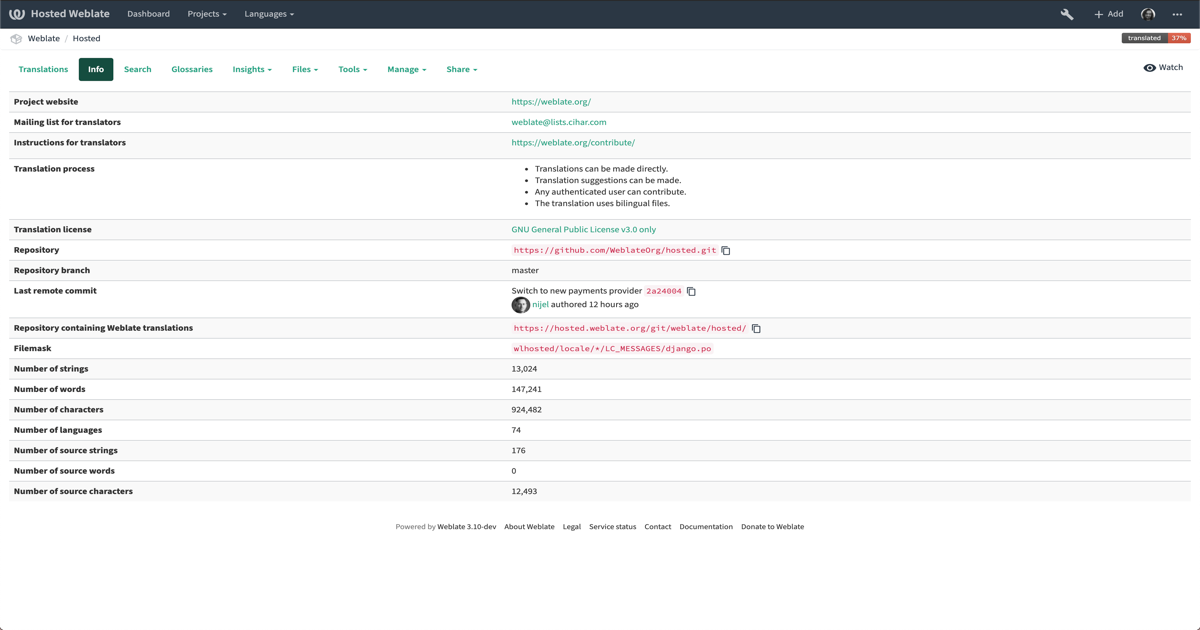