Weblate is changing its look 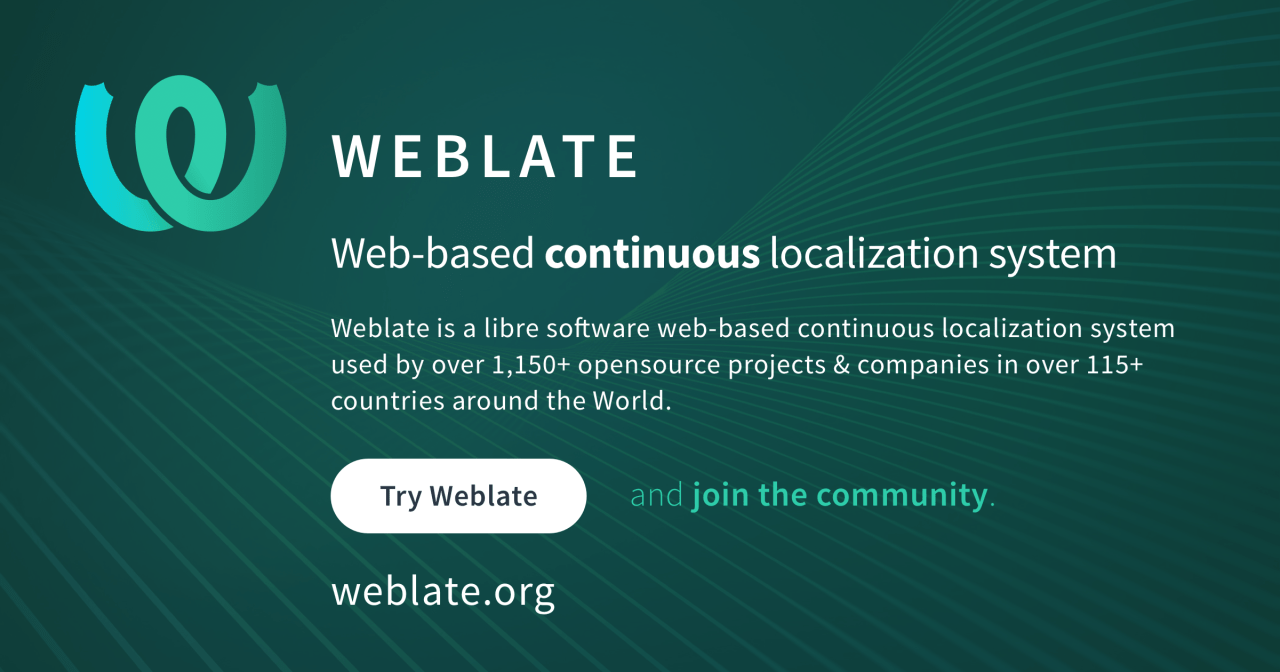 Weblate has grown a lot since the first lines of code in 2012, and we finally found some time to not only make new features but also create a new website. The one that will serve better to the users and visitors, look modern, and represent well. I am not going to describe here all the pretty things of the site; this is a story about the creative process and things that happened around.

We were thinking about changing the face of Weblate for such a long time, that we nearly missed the kid years of the project. There were rumors that 'late' in Weblate’s name stands for something different than 'translate.' I can assure you that no, we only prioritize the work on features more than on the look.

A few months were no big deal for us in this thing, so we were able to wait for the free time of a great designer Víťa Válka. It was a pleasure to work with him not only because he creates beautiful designs, but also because he captured the energy of Weblate in work done. We think that the new website shows that Weblate is a young adult on whom you can rely on while still having the benefits of a small company we are.

We were choosing from several designers, had the first chat with Víťa in February and agreed on a time plan. The discussion about the design followed the first proposals delivered in April. At the end of May, we had complete graphics we’ve been happy with, and the prototype was done in June. Through July, we made a working copy, but the most fantastic thing happened somewhere else in the meantime! Our awesome community translated the content of the new Website in one week into seven languages!

That is a significant accomplishment, and we’re endlessly thankful for that. If you are reading this and Weblate is not already in some of the languages you speak, take a look at Weblate translation page and consider the translation. Next language of Weblate website can attract open-source projects and companies from another country and make more software and products significantly better and more accessible to many more people.

Thank you for reading! Tell us what you think about the new site, and we will keep improving Weblate together with you. Enjoy your software in the language you love!