Weblate should be released by end of February, so it's now pretty much clear what will be there. So let's look at some of the upcoming features.

There were many improvements in search related features. They got performance improvements (this is especially noticeable on site wide search). Additionally you can search for strings within translation project. On related topic, search and replace is now available for component or project wide operations, what can help you in case of massive renaming in your translations.

Biggest improvement so far comes for visual context feature - it allows you to upload screenshots which are later shown to translators to give them better idea where and in which context the translation is used. So far you had to manually upload screenshot for every source string, what was far from being easy to use. With Weblate 2.12 (and this is already available on Hosted Weblate right now) the screenshots management got way better.

There is now separate interface to manage screenshots (see screenshots for Weblate as an example), you can assign every screenshot to multiple source strings, however you can also let Weblate automatically recognize texts on the screenshots using OCR and suggest strings to assign. This can save you quite a lot of effort, especially with screenshots with lot of strings. This feature is still in early phase, so the suggestions are not always 100% matching, but we're working to improve it further.

There will be some more features as well, you can look at our 2.12 milestone at GitHub to follow the process. 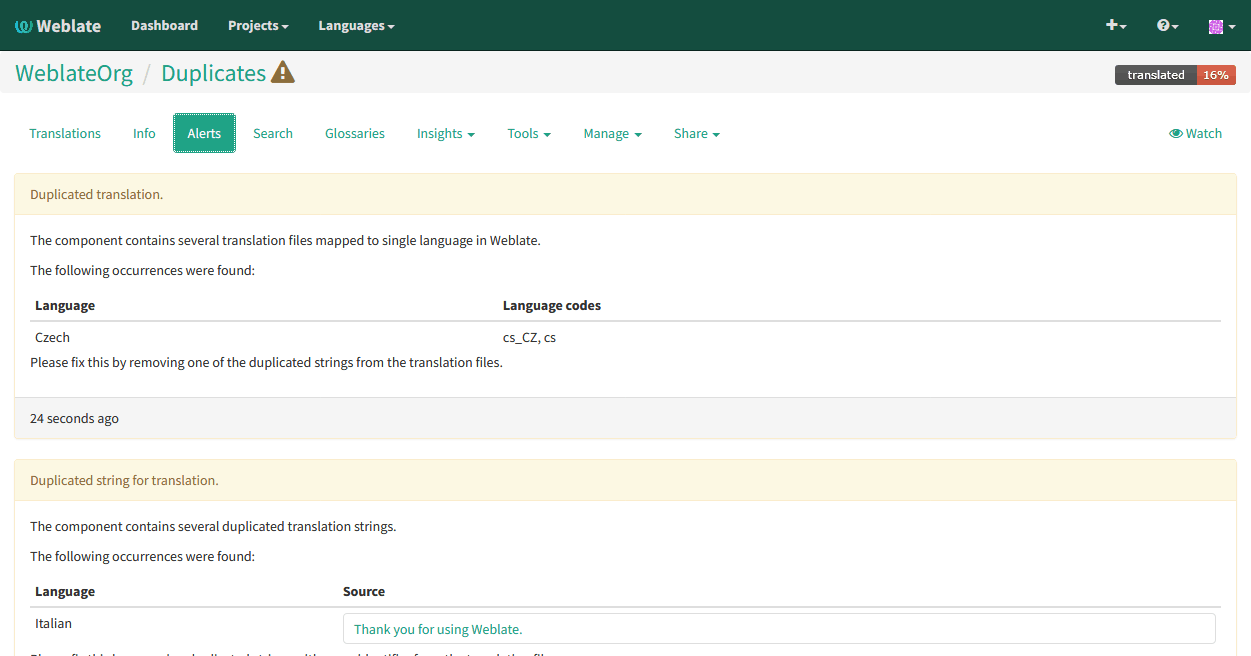